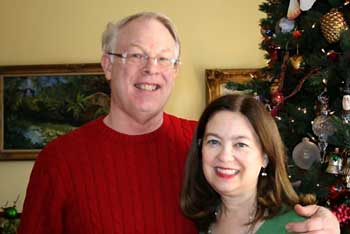 Dr. Richard Rigsby graduated from the University of Texas at Arlington and the University of Houston where he received the Doctor of Optometry degree. He received the Bausch & Lomb Outstanding Achievement Award and was elected twice as president of the Bexar County District Optometric Society. He has been active in several professional groups and is a past president of North Central Rotary Club.

Dr. Carole Rigsby, a San Antonio native, graduated from both Southwestern University in Georgetown and the University of Houston College of Optometry where she was awarded the Doctor of Optometry degree. She and Dr. Richard met at UH. They have two grown children. She has been active in several community organizations and boards.

Office manager Ana Leiva has been in the ophthalmic business for well over thirty years. Ensuring that you are happy with our services is her first priority.

Drs. Richard and Carole Rigsby have been in practice in San Antonio at the Brookhollow Shopping Center since 1980.